Bank of Abyssinia, the third largest private bank in Ethiopia unveiled a new brand positioning and identity developed by HKLM. It places its consumers and heritage at the heart of its brand. HKLM’s challenge was to preserve the 20 years of brand equity that lay within the name and symbol of the Bank of Abyssinia (Abyssinia, the old name for Ethiopia links back to the heritage of both the country and the brand) and reposition the bank as a strong local competitor while aspiring to be regionally and globally relevant.

The rebrand included an on-the-ground in-depth research and insight phase spearheaded by Dr Sean McCoy, Zahra Mirza and Amori Brits. Research took various forms and involved internal and external interviews with various stakeholders. HKLM conducted a brand audit to gain insight into how, as a brand, Bank of Abyssinia was positioned in the mind of consumers, employees and partners.

HKLM spent a lot of time in Ethiopia to understand the financial, social and cultural landscape of the country, as well as to connect with the heart and soul of the Bank of Abyssinia brand.

“Bank of Abyssinia was a bank created by the people of Ethiopia for all the people in Ethiopia and it was important to be on the ground, talking to the people, experiencing the various cultures and really immersing ourselves in all things Ethiopian,” says Zahra Mirza, Head of Client Service at HKLM.

This was evident in the new tagline, ‘The Choice for All!’, and played testament to the focus and commitment to all the people of Ethiopia, rather than select groups or market segments.

When it came to relooking the Bank of Abyssinia’s brand identity, it was evident that certain brand assets were too valuable to discard or revolutionise. The symbol, the iconic and much-loved flower of the nation, is synonymous with the Bank of Abyssinia. The symbol with its embedded interpretation of prosperity, hope and new beginnings, was already stylised and well-known within the Ethiopian market. HKLM updated of the Bank of Abyssinia symbol by making it modern, geometric and well-balanced. This was supported by a new visual language that was strongly entrenched in Ethiopian culture. As a brand for all, the visual language had to take its cues from the streets, kitchens and homes of Ethiopians. The colour palette was dictated firstly by the Adey Abeba flower and informed by the rich and vibrant culture of the Ethiopian people and landscape.

“Patterns were visible throughout the busy markets and buzzing sidewalks. Unique and culturally significant decorations were used in many facets of life in Ethiopia. We used the stylised icon of Bank of Abyssinia as a starting point and developed a library of patterns to compliment and echo the brand’s presence,” says Amori Brits, HKLM’s Deputy Creative Director. 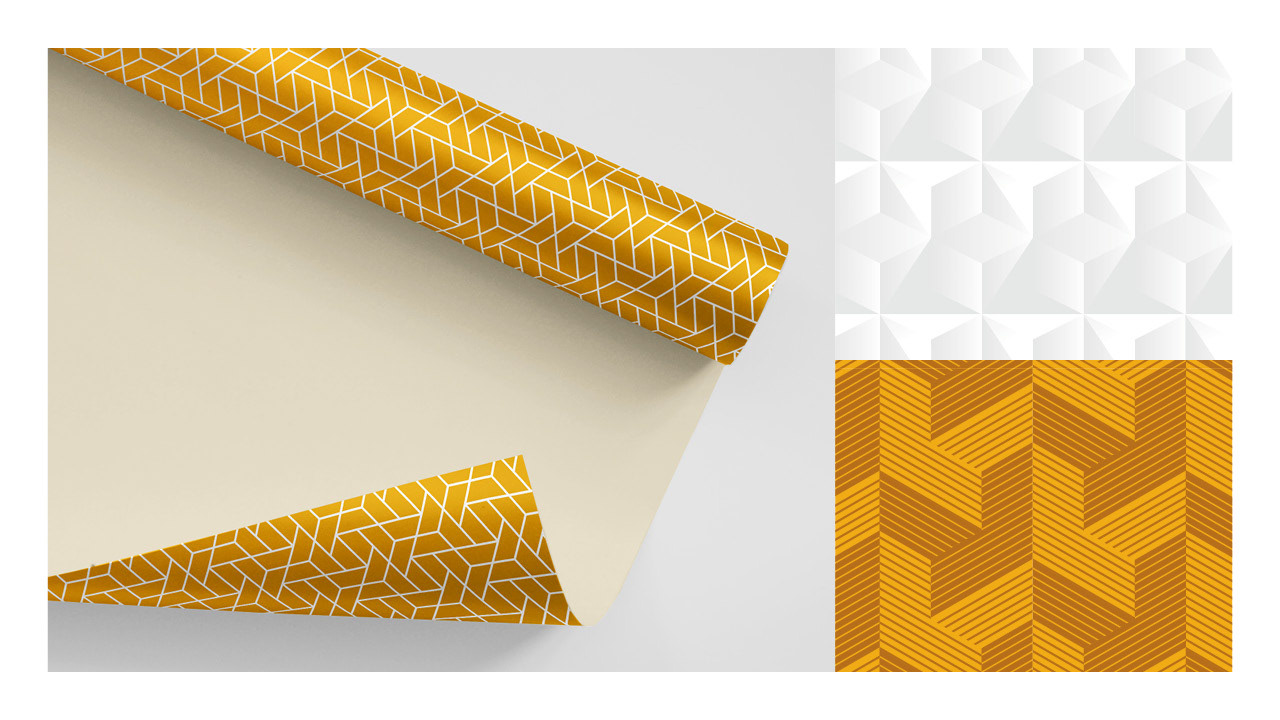 The public launch was held at the Hilton Hotel in Addis Ababa and was preceded by a press conference, followed by a cocktail event attended by various distinguished guests, businessmen and women as well as prominent Ethiopian figures. The launch event celebrated the reveal of the new Bank of Abyssinia identity and guests were welcomed with newly designed gift bags containing branded collateral in the fresh brand look and feel.

Prior to the public launch, Bank of Abyssinia launched their new identity, philosophy and strategy internally – involving all staff in the exciting new future the bank is moving towards. Bank of Abyssinia understands that the success of this brand starts and depends on the commitment and buy-in of the people at the heart of the brand.