The Olympic emblems are a fascinating piece of recorded design history, a snapshot of design trends and philosophies spanning almost a century. The first recognised official emblem was designed for the 1924 Paris Olympics, a far cry from today’s visually stimulating emblems. As is tradition, with each Olympic year, the following Olympic emblem is unveiled. This drums up anticipation and showcases the atmosphere of the forthcoming Games.

However, the 2028 Olympic Games have taken a non-traditional approach, announcing the host city a full 10 years before the event. This occurred due to many factors during the bidding process of the 2024 Olympic Games, in which most of the bidding cities withdrew their application, leaving only Paris and Los Angeles as viable choices.

Paris, naturally, had the upper hand, having last hosted 100 years prior. To retain Los Angeles as a host city, the Olympic Committee decided to name it as the 2028 host with its 2024 entry. 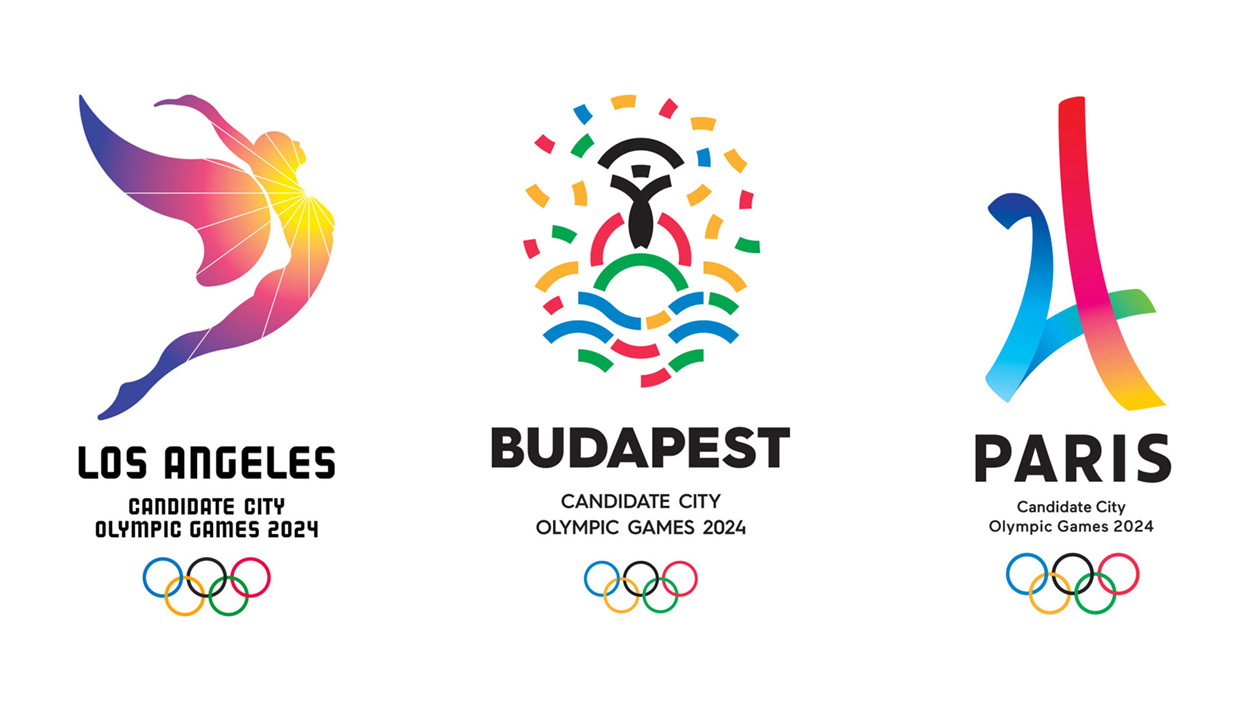 The last few years have seen much controversy over the design of the Olympic emblems, ranging from plagiarism scandals to designs with middling public opinion. This begs the question:

Why is designing the Olympic emblem a challenge?

This is because of the nature of the Olympic emblem itself. It acts more like a hybrid logo. It is firstly a nation or city brand, representing the host city and the inherent culture of the host country. It also acts as a commercial brand, allowing for all merchandising and physical elements as most corporate brands. Lastly, it is an event brand representing the values of the Olympics but also showcasing sporting excellence. The multi-faceted dynamic, paired with a need for a universal approach across cultures and languages, makes designing the Olympic emblem one of the most challenging logo design projects.

Perhaps LA28’s most challenging hurdle to overcome in unveiling their emblem eight years before the actual Games, without it becoming outdated. Designing an emblem that is of the moment, may appear old-fashioned in just under a decade.

The LA28 emblem is a collaboration between seven agencies with primary creative direction from the Nike Design team.

The emblem makes use of a static L, 2, and 8 to act as the foundation for an unlimited amount of dynamic A’s to build an expansive identity system. The individual A designs were developed in partnership with prominent industry leaders within Los Angeles, ranging from athletes, community leaders, entertainers, artists, and many more.

Each A represents the individual’s LA story, how they came to be in the city of dreams, or showing what it has made them into. Through this storytelling dynamic, the LA28 Olympic Games emblem acts as an unlimited representation of Los Angeles and the diverse stories that can be found within. 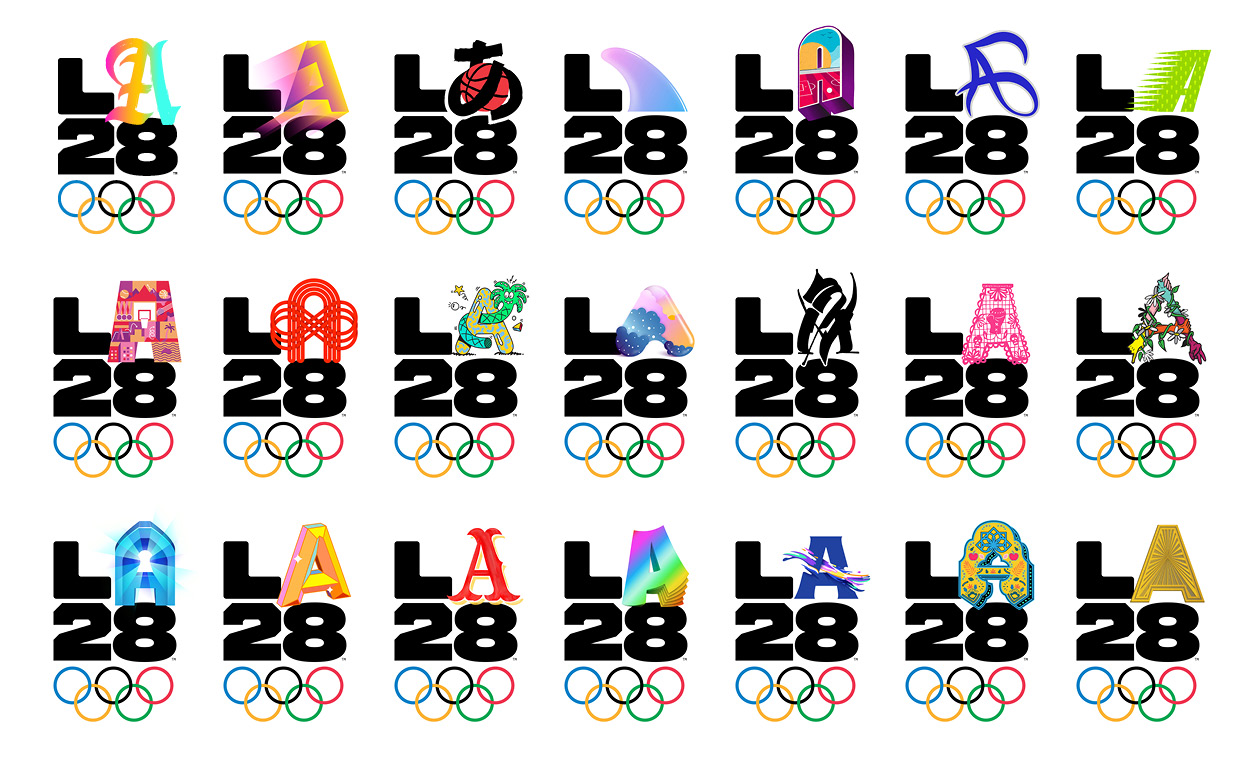 This emblem is undoubtedly the first Olympic emblem designed specifically to function in the digital age. Where previous emblems have been designed with digital applications in mind, the LA28 emblem was created specifically for its digital dynamism.

Using the fleeting nature of digital media, the ever-changing A can allow for the unlimited amount of identities to live alongside one another rather than deferring to a standard “official” static emblem. The shareability of the A-stories is also perfectly suited for the age of viral videos and content collaborations. 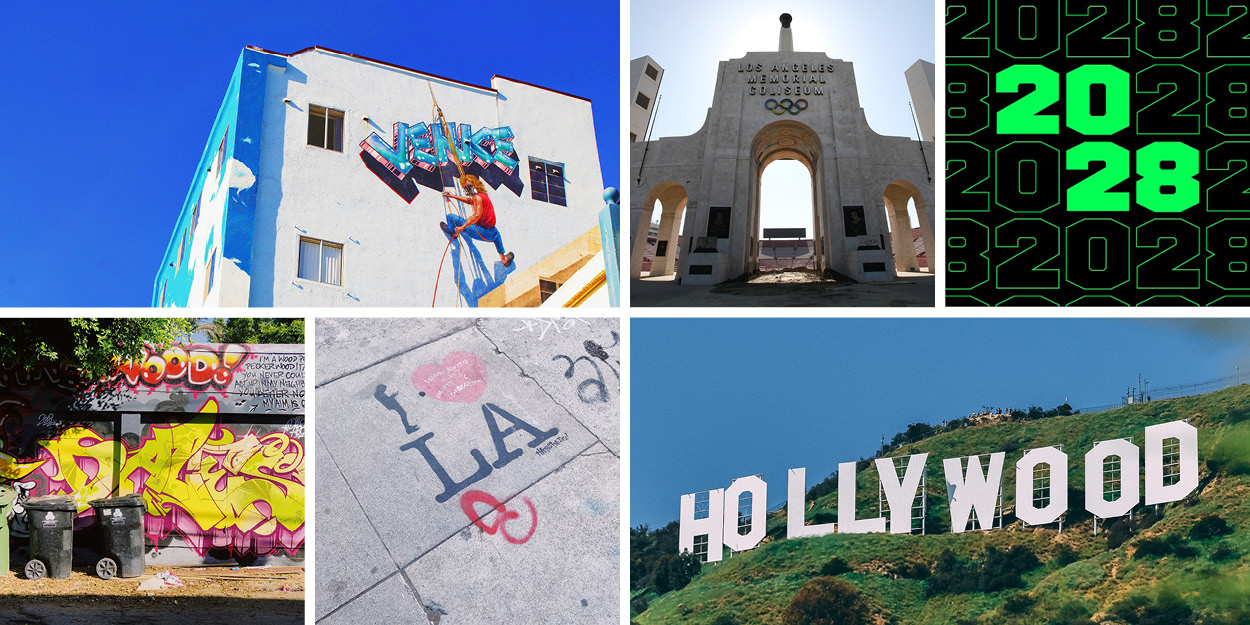 The inspiration for this identity system is undoubtedly grounded in the Los Angeles landscape, drawing from various visual landmarks and urban cultures. The first and perhaps the most prevalent inspiration is the graffiti art found throughout the city, directly representing the people’s creative mark on their lived environment. Some of the A’s draw directly from this culture’s visual codes and are perhaps the emblem set’s stronger visual identities.

The typographic base of the emblem draws from various Los Angeles landmarks, such as the Hollywood sign and the Los Angeles Memorial Coliseum. The Hollywood sign letterforms have been most influential in designing the official LA28 typeface, represented in the 2 of LA28. The slight variations from this official typeface in the emblem is a nod to the diverse cultures and stories of Los Angeles; however, this does create too much variation. Perhaps a better solution would have been to retain a single typographic structure as the base, with only the dynamic A designs serving to communicate the city’s diversity. 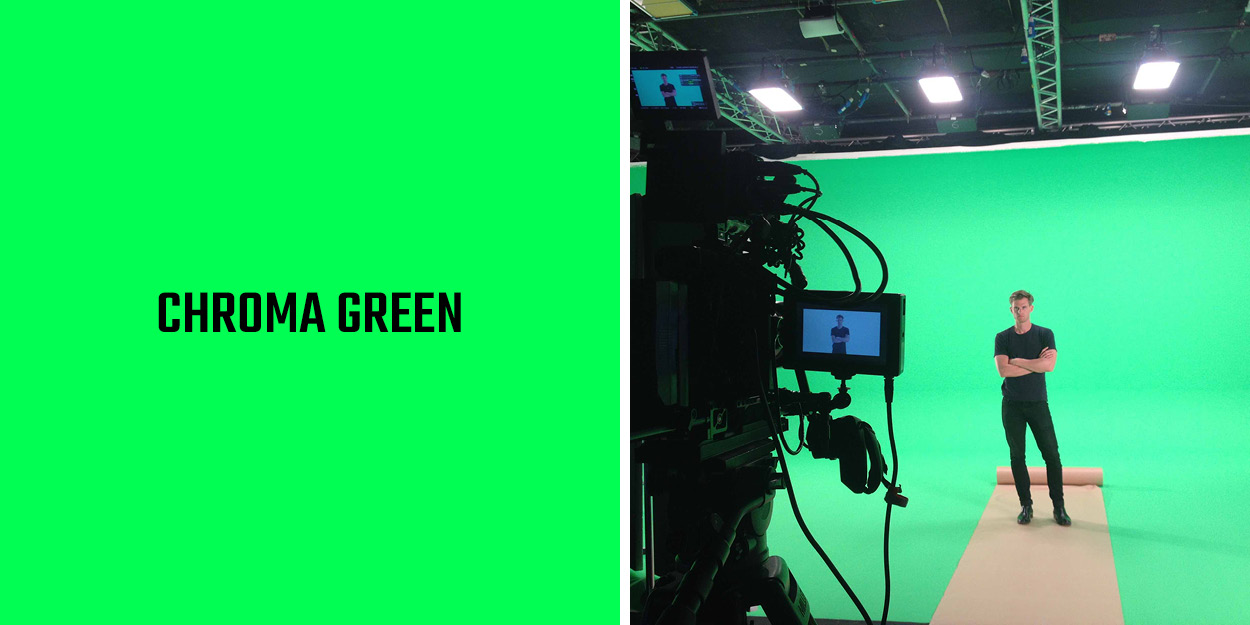 The primary colour palette of the 2028 Games will be primarily black and white, providing a neutral base for the vibrant and unique stories to shine. An accent colour, Chroma Green, has been added for additional support throughout applications. This is inspired by Hollywood, the cultural centre of Los Angeles, and its innovation in greenscreen technology.

HOW DOES IT FIT WITHIN THE BROADER DESIGN LANDSCAPE?

When looking at the broader design approach of Olympic emblems in the 2000s, the trend of a representational icon above a custom wordmark appears as the norm. The first emblem to truly deviate from this century’s practice was the 2012 abstract typographic emblem designed by London-based agency Wolff Olins. This emblem, in particular, incorporated the Olympic rings and city descriptor within the emblem, rather than stacking the various elements as per previous years.

The initial Tokyo 2020 emblem followed this approach, developing an abstract typographic icon. However, this emblem was a source of controversy following the plagiarism accusation by a French theatre, leading to a regression to standard emblem practices.

Within the broader design landscape, an apparent influence for the LA28 emblem must have been the widely celebrated Melbourne city brand identity. Using a set of dynamic M designs, the system represented the city’s diverse nature and the various services and departments that operate within it.

From a cultural and more American standpoint, perhaps the most culturally influential dynamic identity is that of MTV. Incorporating dynamic visuals and a custom-designed M for each visual application, aligning to a movement or television programme, the MTV identity has uniquely shaped a generation of design professionals and unquestionably influenced the youth-oriented nature of the LA28 emblem. 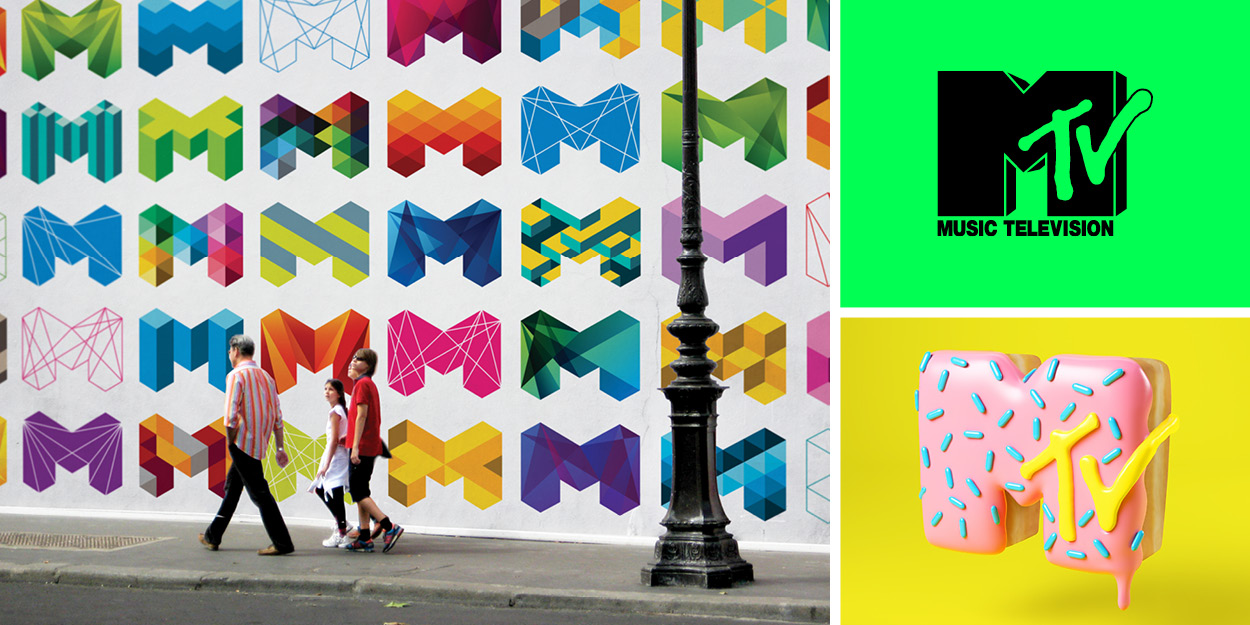 Considering the Nike Design team’s involvement in the LA28 emblem design process, it is difficult to miss the inherent fingerprint of Nike’s visual approach to visual communication. The bold, graphic nature of system- and youth- and urban-influenced elements is pure Nike DNA. 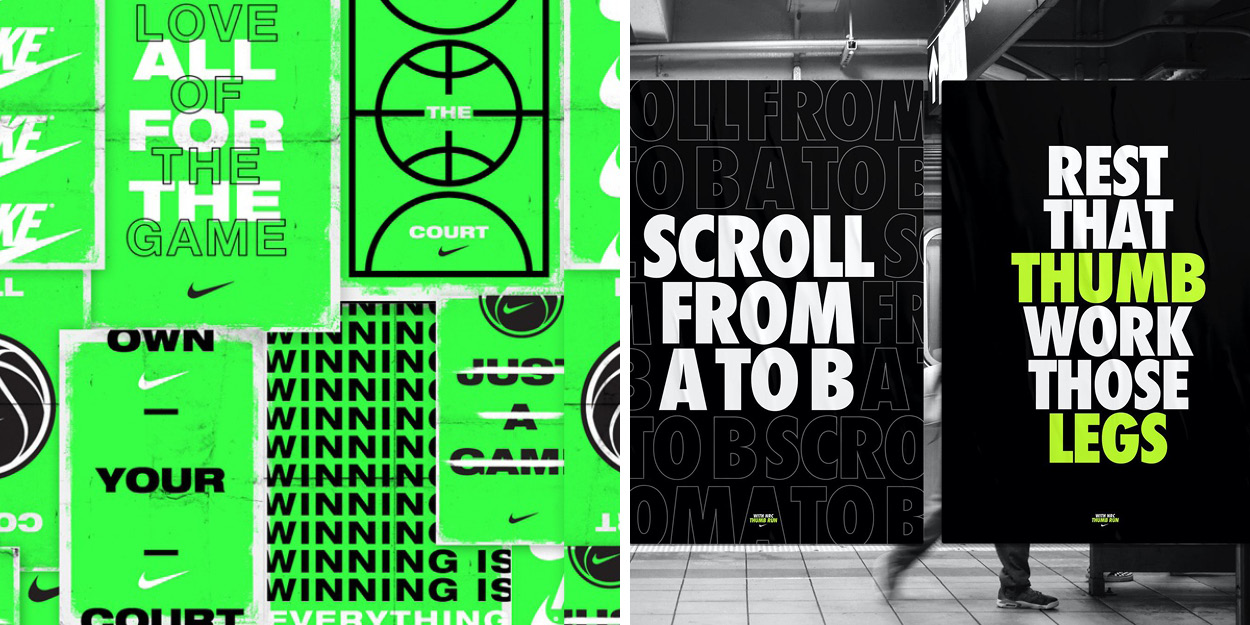 As a standalone Olympic Games emblem, very few of the individual dynamic A emblems are strong enough to stand up to the broader catalogue of Olympic identities. However, as an identity system, telling the unique and interesting stories of a city as diverse as Los Angeles, the LA28 emblems are quite ground-breaking within this space.

It is perhaps the first emblem of the century to truly embrace the design and cultural landscape of the moment, tapping into the online connections and storytelling formats that have become prevalent due to the boom in social platforms. It is also very much representative of the spirit of Los Angeles and the United States of America as a whole. 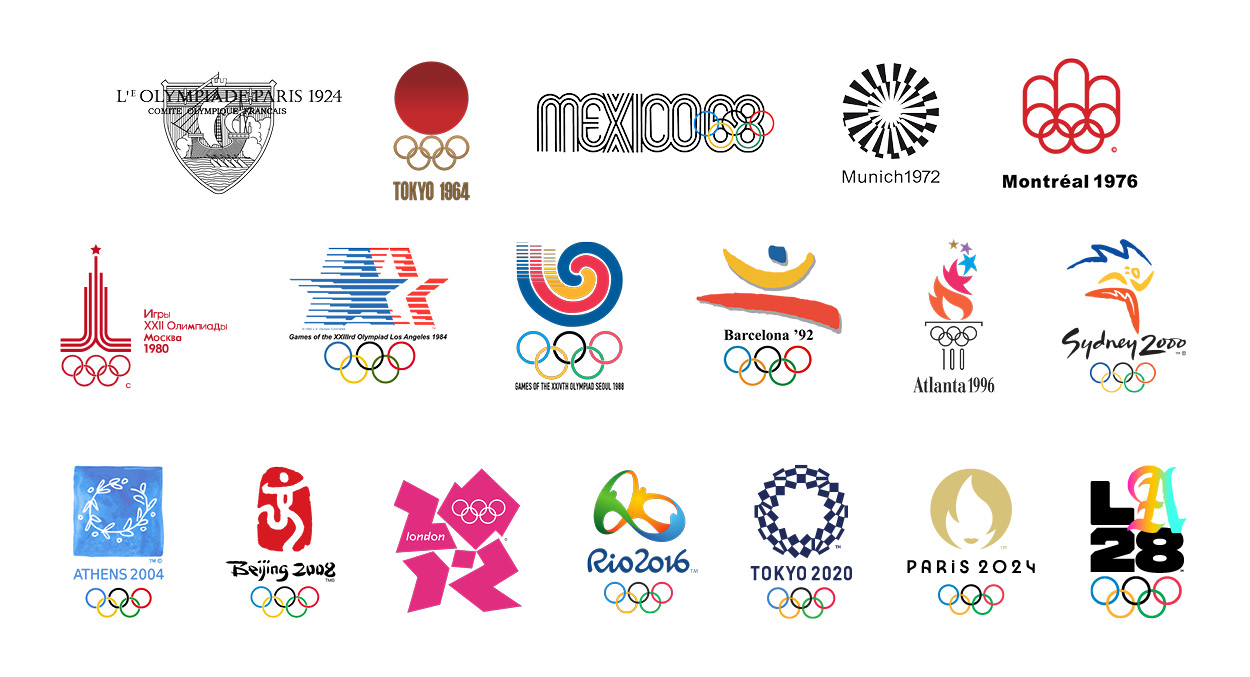 Following this dynamic system could be exciting and could usher in a new era of norm-breaking that has not been seen very often in the design of Olympic emblems. However, this dynamism raises a few concerns ranging from the practicality of developing physical design materials such as medals, banners, and clothing using an unlimited amount of unique A emblems. One online commenter jokingly suggested that:

“…each medal winner will have 3 minutes to design their own ‘A’ immediately after crossing the finish line.”

This begs the question, how will this dynamic system come to life in non-digital spaces and still retain the energy and excitement that the online presence will create? It also remains to be seen if the LA28 emblem will retain its current appeal in eight years. 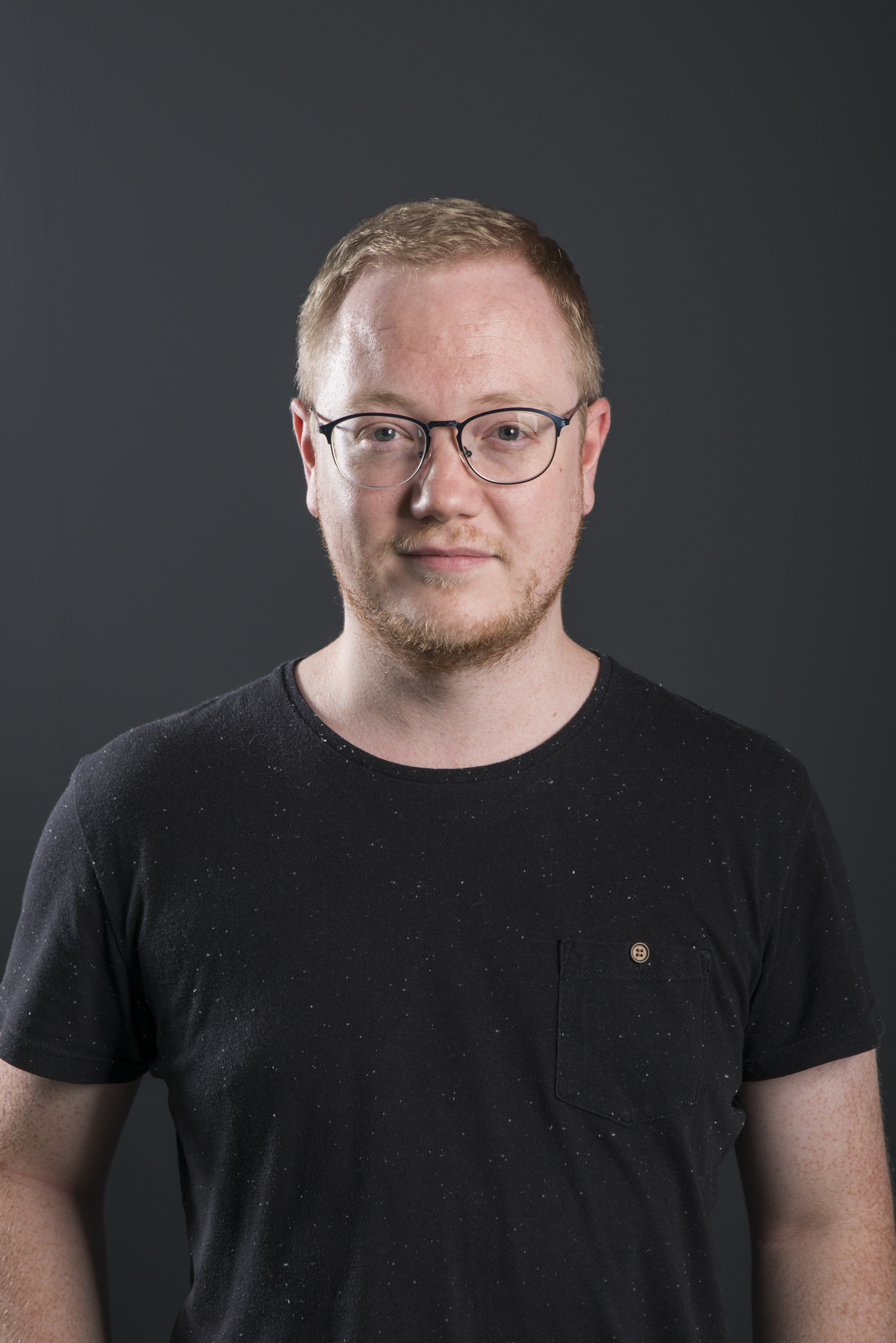